For one ideological constituency, the government shutdown may hold the seeds to privatizing functions such as air traffic control and airport security

The US government is open again. For now.

WINNING!!! For many liberals, it will read as the spoils of Nancy Pelosi’s finest hour and proof of her superior bargaining acumen. WINNING!!!

LOSING!!! For disappointed conservatives pundits, evidence that Trump is a proper “wimp” in his act of capitulation. LOSING!!! 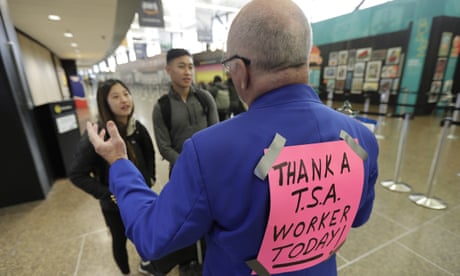 Beyond the beltway politicking, for about 800,000 federal workers who were either furloughed or working without pay it means the return of their currently absent paychecks and at least temporary relief to a stark financial hardship.

But for one ideological constituency, the 35-day partial government shutdown – the longest in US history – may hold the seeds to a much bigger and longer-term picture: a radical contraction of the US federal government by privatizing government functions such as air traffic control and airport security.

“The Democrats have basically just started a new conversation on the political right about how to privatize the heck out of all of that,” said Raheem Kassam, a fellow at the Claremont Institute, a conservative think tank.

But sooner or later, Americans are going to realize they don’t need all that government at all.

If I were a furloughed worker today, I’d probably start looking for a new job. Because the Democrats in Congress are proving to America that many of you are not just non-essential in the short term.

The final day of the shutdown featured profound air traffic delays at three major east coast airports due to a lack of air traffic controllers on duty. According to the Federal Aviation Administration, staffing levels reached a 30-year low as controllers, who were being asked to work without pay, called in sick or otherwise did not show for work.

And while many focused on which political party would take the blame for the travel debacle, and the prospect of decreased safety in air travel, some are saying it is a good time to re-examine the entire system.

Chris Edwards, director of tax policy studies at the libertarian Cato Institute, noted that, largely due to the threat of shutdowns, the air traffic controllers’ own union has come down in favor of privatization – as Canada did with its controllers in 1996 and as is the case in most of Europe.

“They pointed to the fact that there are these budget disruptions that are damaging to them and their profession, and that air traffic control technology upgrading has become imperiled by this dysfunction,” Edwards said.

Staffing shortages with the Transportation Security Administration, another federally staffed agency, also hamstrung air travelers with long security checkpoint wait times in some airports, including Atlanta’s Hartsfield-Jackson. Many nations including Canada and most of Europe have privatized these functions as well.

Most government services affected by the shutdown – from tax collection to food inspection, air monitoring and even the federal court system – couldn’t be decoupled from government administration as easily as air traffic or security. Still, what these small government proponents want is to use the shutdown as a point to stop and reconsider which services belong where.

“The real conclusion to draw from this is: which of these are truly inherent, governmental functions, and which of these could we take out of the hands of what is ultimately a hyper-partisan process now,” said Romina Boccia, a federal budget expert at the Heritage Center.

These views on the excessive scope of federal government are hardly new in the libertarian wing of American conservatism, and have rarely gained enough traction from Republican lawmakers to drive any significant scale-back.

Behind the scenes in the White House, there’s a current of opinion some key, right-leaning hardliners in Trump’s shrinking inner circle, especially adviser Stephen Miller and acting chief of staff Mick Mulvaney, were egging the president on over the shutdown because they’re “small government” zealots.

Boccia and Edwards both said they hoped the fallout from the shutdown might move the notion into the mainstream political conversation, but shared the concern that more likely, Americans would focus on the political theater of who “won” and who “lost” than on structural questions like these.

“Will people take this as just a personality battle between Trump and Pelosi or will they see the broader application? I don’t know the answer,” said Edwards. “I do know that there are going to be more of these disruptions in the future.” 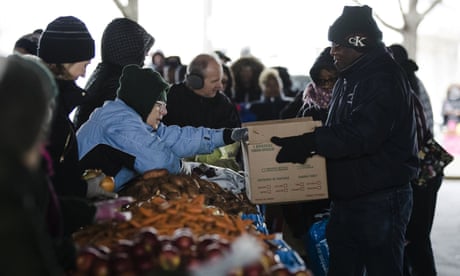 Both faulted the Republicans, and especially the far-right Freedom Caucus, for failing to raise any of these questions during the shutdown debate. The Freedom Caucus, an outgrowth of the 2010 Tea Party movement, had been a loud voice for shrinking government size and spending under Barack Obama’s presidency, but has been less outspoken in the Trump era.

“The fiscal hawks basically flew away the moment President Trump was elected,” said Boccia. “It makes you question if the Republicans were ever fiscal conservatives to begin with, or if it wasn’t just the position they took during the Obama administration when they couldn’t have much impact besides being in opposition to what the Democrats were doing.”

Edwards hopes that some of the quirkier facts of the shutdown will also get people to reconsider some of the regulatory roles the government performs and was forced to abdicate for the past month. He pointed to the fact that a regulation which requires federal government approval on all beer labels left microbrewersunable to tag and sell their small batch offerings.

“There’s regulatory things that the government does that – it’s micromanagement – and it’s not really necessary,” Edwards said.