Ashley Luther, the Saskatchewan-born woman who gained fame as Elly Mayday — a fierce model who embraced her curves — died Friday in Vancouver. She was 30.
Luther, who grew up on a farm near Aylesbury, Sask., had been dealing with ovarian cancer and related health complications for five years. Luther was diagnosed with a rare form of ovarian cancer called low grade serous carcinoma at 25.

She had started experiencing symptoms at 23, but doctors didn’t even consider cancer at the time because of her age. Instead they told her to lose weight and tone her core. 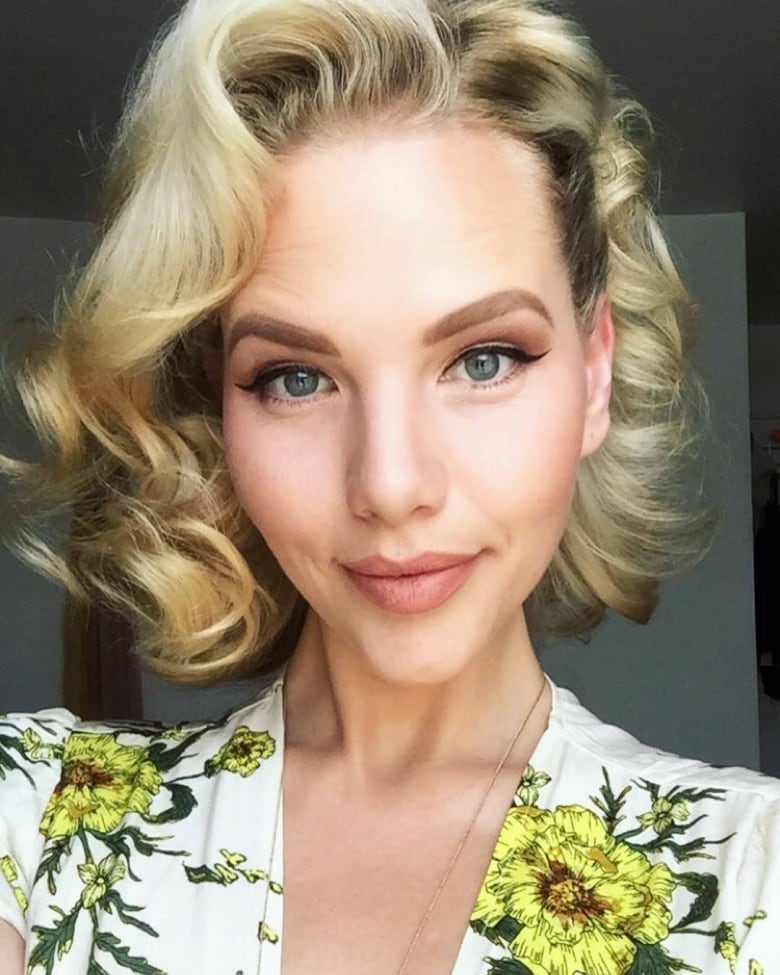 Elly Mayday talked about how New Yorkers were shocked to hear she grew up on a farm next to a village of about 50 in Aylesbury, Sask.

Stephanie Love, who knew Luther for 17 years, flew to Vancouver to say goodbye at the hospital two weeks ago.

“The doctors said there was nothing left that they could do anymore for her,” Love said.

Love said that Luther had accepted death and wanted the people she cared about to know how she felt about them.

“She didn’t want people to forget or to not know how much she actually truly loved everybody.”

Love says it’s going to be hard road ahead for Luther’s family. She said Luther’s mom was her rock throughout her life and her cancer journey. She says Luther got her outspokenness from her dad and being raised beside three brothers helped her find her voice.

“We’re all grieving and upset, but her family is the one that’s really going to struggle,” Love said. 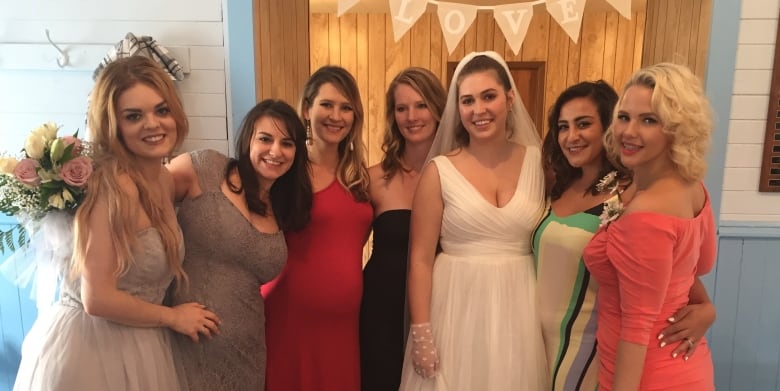 Love met Luther at the beginning of high school and the two clicked, immediately drawn to each other as the curvier teens in high school.

“You’ve got to stick together,” Love said.

They were both part of the same tight-knit friend group of women.

“We know everything about each other and we’ve gone through everything together,” she said.

Together the group tried to navigate Luther’s cancer diagnosis and what followed: Luther’s hysterectomy, facing the reality of not being able to have kids and experiencing menopause in her mid-20s.

Throughout the journey, Luther documented her experiences on her Elly Mayday social media accounts.

“I need to take care of the young girls that need me or need this voice. That’s my way of parenting for now,” Luther told CBC in 2016.

Day #41 Looks more painful than it is, these little butterflies save me from the poke of many needles. I receive at least 10 injections daily, they sting going in but a nurse taught me a trick of tapping the skin where the fluid enters— it works really well, even better than ice. Those sites are changed every week. What I dislike it that damn tape that never comes off. All this and the tape is the worst ahah. The blood thinner is the most painful injection that I have to receive. It goes in subcutaneous in the fattier parts. Even with all my lovely lady lumps, I’m kinda running out of space here! #ovariancancer #hospital #ellymayday #needles #injection #iv #infusion #ovarian #scars #bloodthinner #painkiller #hospitalglam

Ashley Luther, known as Elly Mayday, was first diagnosed with ovarian cancer in 2013. She then began working to raise awareness about the signs and symptoms of the disease. (Elly Mayday/Facebook)

She made a point of modelling bald after chemotherapy treatments. Luther advocated for more funding directed to ovarian cancer treatments and spoke about the symptoms.

Luther played a role in the Lane Bryant I’m No Angel lingerie campaign, which drew international attention for its efforts to showcase models of different sizes. Her scars from her surgeries were not digitally altered and appeared in the campaign.

Scarred and Beautiful. Don’t you think? Now think it about yourself. I’m not here to prove to you that I find beauty in the mirror, I’m here to show you that you can. #Unretocuhed for #behindthescars 📷 @sophiemayanne @behindthescars_ Lingerie @playfulpromises

An ovarian cancer diagnosis can be daunting based on the numbers alone.

“Up to 80 per cent of the time the disease will recur,” said Stephanie Gosselin, who is Saskatchewan’s Regional Director for Ovarian Cancer Canada.

“Statistics are terrible. 56 per cent of women will not survive the first five years after diagnosis.” 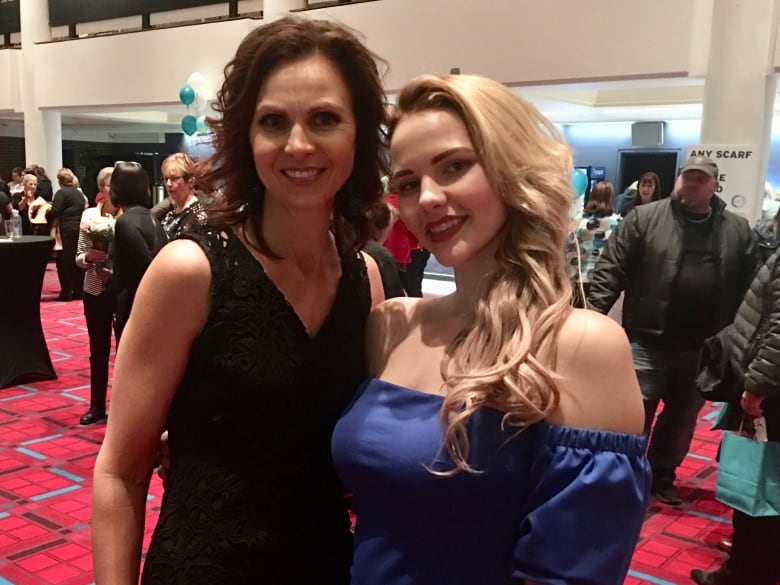 Stephanie Gosselin, who is Saskatchewan’s Regional Director for Ovarian Cancer Canada, is pictured with Ashley Luther (Elly Mayday) at an ovarian cancer event in 2017 (Submitted by Stephanie Gosselin)

Gosselin said ovarian cancer symptoms often present as generic so they can be confused by health professionals for something less serious. She said that’s why Luther’s message of self-advocacy is so important.

“We, as women, know our bodies the best and know if something’s different or changed, and so important to know if there are changes in your body that you have to be persistent,” she said.

“It’s okay to seek a second opinion and it’s okay to go back and say hey this isn’t right.” 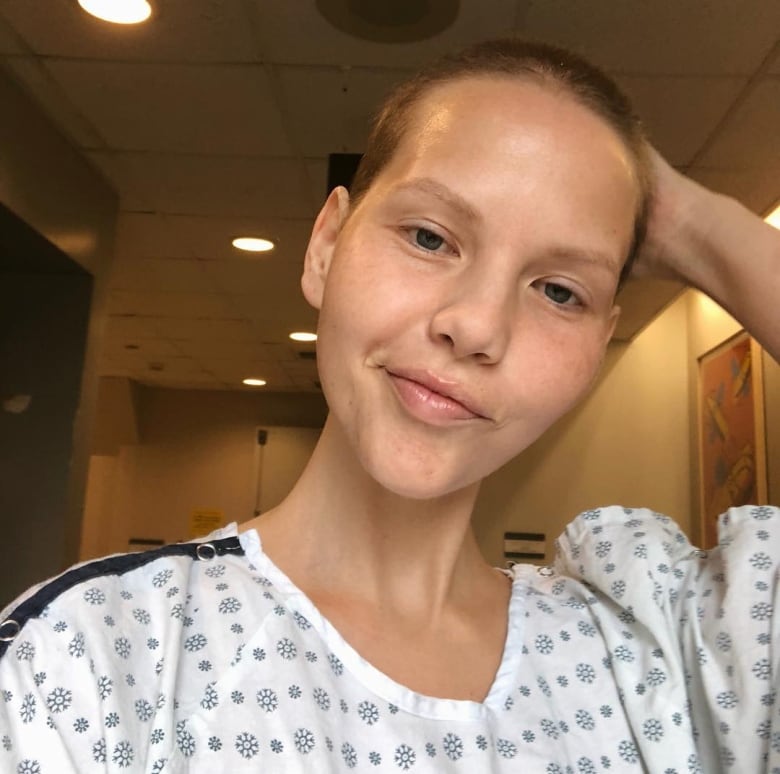 Ashley Luther didn’t shy away from sharing her health complications and experiences with the healthcare system with those who followed her Elly Mayday social media accounts. (Elly Mayday/Facebook)

“Outcomes for this disease haven’t changed in the last 50 years,” she said.

‘She would want us to smile’

Jessica Tetu, a friend and business collaborate of Luther’s, says she hopes people will carry on the advocacy.

“What you see is what you get with her. She doesn’t sugarcoat it. She’ll say it how it is,” she said.

“She led us through the positive sides of modeling and all of the inspirational parts, but she also showed us the vulnerability and the side where she was struggling.”

Tetu said she thinks Luther’s openness with her social media followers allowed them to connect with her on a deep level. She said family and friends are relieved Luther is no longer in any pain, but that the death still hurts. 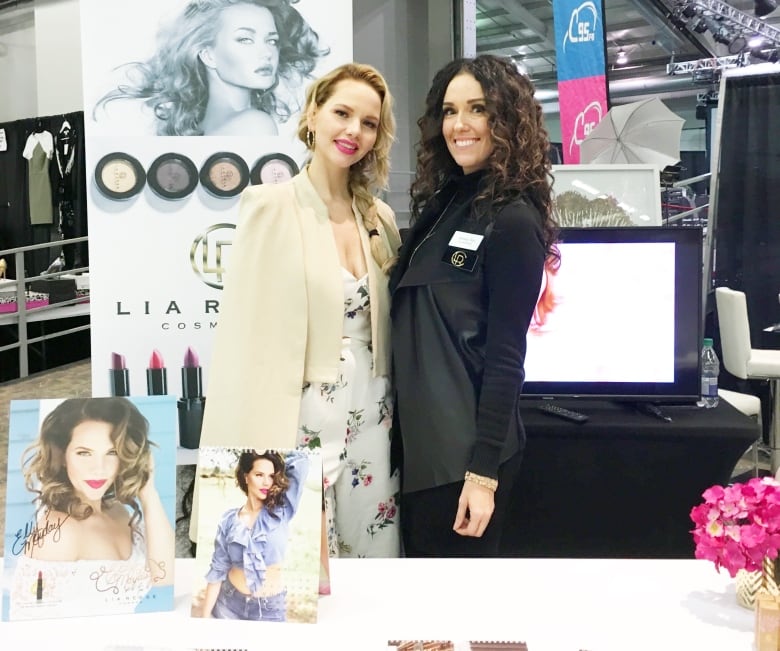 Jess Tetu is the founder of Lia Reese Canada, which put out a ‘Limited Edition Elly Mayday Lipstick Collection.’ Tetu says one of Luther’s most important messages to the world was that it is important to love yourself. (Submitted by Jess Tetu)

Tetu said she thinks Luther would want people to celebrate her life rather than mourn the loss.

“She was just the kindest most inspirational wonderful human you would ever meet,” she said.