The concept of parody can be understood most simply as the comic art of taking something familiar to such excess that it becomes farce.

In that sense, this week’s college admissions fraud scandal, which has ensnared dozens of wealthy and famous Americans, is an act of pure, if unintentional, parody. Because while the process was exaggerated to a comical extent, the reality is that when it comes to admissions to elite schools, money can all but guarantee access to those who can afford it.

“The bribing of coaches by wealthy individuals is really just a more blatant example of what goes on all the time,” said Richard Kahlenberg, a senior fellow at the Century Foundation, a progressive thinktank.

And while most wealthy Americans don’t pay fake charities for Photoshopped images of their children playing sports they have never tried, or bribe athletic coaches, as the dozens caught in the “Varsity Blues” investigation are accused of doing, legal pay for play in admissions is as routine as it is unfair, said Kahlenberg, who has spent years studying the issue of unequal opportunity in education. 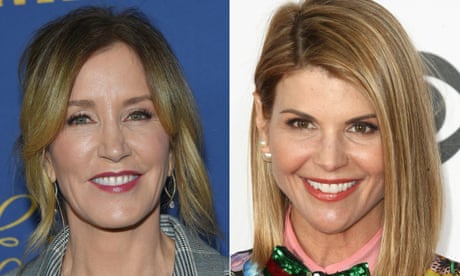 “This was worse in the sense that individual coaches were lining their pockets, but broadly speaking, the same type of bribe goes on between wealthy individuals and institutions every day of the week,” Kahlenberg said.

That can hardly be surprising in a landscape where, at five different Ivy League schools, more students came from the top 1% of the income scale than from the entire bottom 60%.

Take Jared Kushner, Donald Trump’s son-in-law and senior aide, who was admitted to Harvard – generally considered the nation’s most prestigious university – after his father made a $2.5m donation to the school, despite the younger Kushner’s “less than stellar” high school academic record.

Daniel Golden exposed Kushner’s path to Harvard in 2006 in his work The Price of Admission: How America’s Ruling Class Buys Its Way into Elite Colleges. In the book, Golden found that among a committee comprised of Harvard’s 400 biggest givers, including some who were childless or too young to have college-bound children, fully half the big donors had a child enrolled at the school. Kushner, the scion of a real estate empire worth billions, has denied that his acceptance had anything to do with the donation.

Golden noted in some cases the quid pro quo wasn’t always even consummated before a student was accepted at a school. Prestigious universities often privilege wealthy students on the assumption that once they’re in the university family, they will be more likely to give – a phenomenon he calls “development” admissions.

Kahlenberg says the economics of these decisions are really quite simple. “Colleges say: ‘We’ve got these really valuable slots, and we’re going to leverage it either through squeezing our alumni for donations or trying to get wealthy individuals who have no previous connection with the university to donate.’”

Another common practice is legacy admissions, whereby applicants with family ties to a university are given preferential treatment. A 2011 study of admissions decisions at 30 highly selective colleges and universities found that legacy status accounted for a more than threefold increase in acceptance.

Kahlenberg, who calls legacy admissions a form of “legalized bribery”, adds that universities especially extend those considerations to alumni who donate.

Absent any attempt to curry favor with a university with the promise of financial incentives, wealthy students already enjoy virtually every advantage in the admissions game – for example, the influence of athletics.

A 2002 study found the advantage conferred by playing a sport actually exceeded that provided by legacy status or minority background, as it pertains to affirmative action programs. Probably why William Singer, the central figure behind the admissions scam, focused so much of his effort on fraudulent athletic profiles for students.

And despite impressions one might gather from the small percentage of college athletes shown on TV, sports are overwhelmingly an extracurricular of the rich.

“The time, effort and money involved in becoming a high level athlete actually requires a lot of resources,” said Kirsten Hextrum, an associate professor of education at the University of Oklahoma.

Especially true for sports like rowing crew, golf, water polo, and fencing, which have high financial barriers to entry as a teenager and are disproportionately popular at Ivy League schools.

The professional college preparation industry is where “for prices up to $1.5m, parents can buy a five-year, full-service package of college admissions consulting,” as the New York Times reported Wednesday. 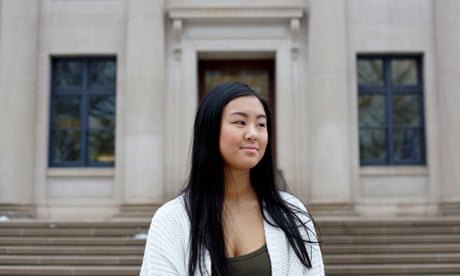 “It’s not corrupt – but it means the ones who have the most position themselves to get even more.”

Lempert and Kahlenberg have both devoted large chunks of their careers to studying affirmative action and both expressed hope that the scandal and ensuing focus on the admissions process might spark a movement towards systemwide reforms.

“If you were fair, you would try to construct an admission system which recognized that certain kids had enormous advantages,” Kahlenberg. “Therefore, we should consider their academic record, their extracurriculars, even the strength of their teacher recommendations – in the context of disadvantage.”