and Taiji with (two poles)

such as the Earth spinning in its axis. North and South inverted.”

“Wall Street may shit the bed in the US. You can only believe Trump is Santa for so long before the Grinch takes back the Xmas presents and stuffs ’em up the chimney!”

“Pan-psychism is all the rage today.”

Any reason can be used to claim the ingroup is exceptional: incomparable morality, cultural sophistication, competence, economic or military might, protection of democratic values, God’s love, even exceptional suffering and martyrdom or the ingroup’s benevolence, tolerance, or trustworthiness.

The reason depends on the ingroup’s current normative narration about the dimension of its positive distinctiveness from relevant outgroups. Whatever the reason for the claim of the ingroup’s privileged status, collective narcissist belief expresses the desire for the ingroup to be highly positively distinguishable from other groups and the concern the fulfilment of this desire is threatened.

The concept of collective narcissism extends to the social level of self; the concept of individual narcissism understood as a desire for continual external validation of an inflated self‐view.

People endorsing the collective narcissistic belief are prone to biased perceptions of intergroup situations and to conspiratorial thinking. They retaliate to imagined provocations against the ingroup but sometimes overlook real threats. They are prejudiced and hostile.

Learn how the brain works, and how to source and apply neuromarketing.

16 Then came there two women, that were harlots, unto the king, and stood before him.

17 And the one woman said, O my lord, I and this woman dwell in one house; and I was delivered of a child with her in the house.

18 And it came to pass the third day after that I was delivered, that this woman was delivered also: and we were together; there was no stranger with us in the house, save we two in the house.

19 And this woman’s child died in the night; because she overlaid it.

20 And she arose at midnight, and took my son from beside me, while thine handmaid slept, and laid it in her bosom, and laid her dead child in my bosom.

24 And the king said, Bring me a sword. And they brought a sword before the king.

26 Then spake the woman whose the living child was unto the king, for her bowels yearned upon her son, and she said, O my lord, give her the living child, and in no wise slay it. But the other said, Let it be neither mine nor thine, but divide it.

27 Then the king answered and said, Give her the living child, and in no wise slay it: she is the mother thereof.

28 And all Israel heard of the judgment which the king had judged; and they feared the king: for they saw that the wisdom of God was in him, to do judgment.

The concept of collective narcissism is inspired by the literature indicating the beliefs people hold about themselves (e.g., such as a belief about their self‐worth, that is, self‐esteem have their parallels on the social level of self. As much as people can demand special recognition and privilege for themselves (as individual narcissists do), they can claim the same for the groups they belong to (as collective narcissists do).

Animal Crackers In My Soup

Donald Trump tweeted today he purchased Greenland from the Kingdom of Denmark for $15billion plus Kanye West and the state of Massachusetts. 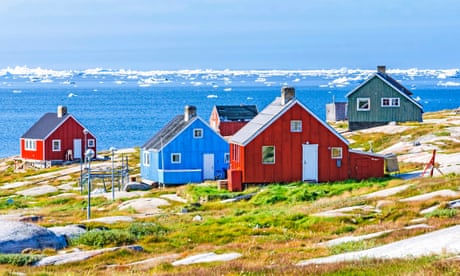 No thanks, we’re not for sale, aghast Greenland tells Trump

Still, the announcement has been questioned abroad. Prime minister of Greenland Kim Kielsen, reached this morning before the sun set for the winter, commented: “Clearly, the president’s mind is melting faster than our ice sheet.”

“May God deliver us from this delusional maniac.”

Watch Greenland Lose 11 Billion Ton Glacier All in One Day Due to Global WarmingThese comments did not stop the alleged president taking a victory lap before an enthusiastic audience at a campaign-style rally in West Virginia.

A partial transcript of the presidential remarks follows:

“Friends, trust me, you’re just going to love Greenland. I’ve been there, many times. I was there on 9/11, trying to stop the planes. It’s all true, not that you’d ever read it in the failing New York Times.”

“I’ve heard the critics on the socialist left. They say $15bn, that’s a lot of money that we could better spend sending hate mail to children in Israel. Well, I have a surprise for you. Guess how much this is going to cost the American taxpayer? The answer my friends – zero! Nothing! Nada! All costs will be paid for by tariffs on CHINESE dumplings! It’s true, not ONE CENT! And they’re throwing in Thylane Blondeau!!! It’s true, not ONE CENT!

[Cheers and chants of “Not ONE CENT!]

“The Green people – such fine, wonderful upstanding people. They’re all eager to become Americans – not like Democrats! And the country – so clean. Reykjavik, what a city. Not like Londonstan and Stockholmbad. No crime, no rats, no dwarf Islamist mayor! And don’t let that name confuse you, Greenland. The fact is, my friends, it’s not very Green. In fact, it’s white – very, very white.”

“Whiter than white! Green is the new white!”

[More cheers and chants of “Green is the new white!”]

“And what a land mass! It’s the world’s biggest island, my friends! I bet you didn’t know that – larger than Australia and India put together! And we won’t need to build a wall there. Those waters are cold.”

move countries around the globe, to show how big they really are

“People are calling it the greatest deal in American history – maybe all of history. People are saying that only Trump could have made this deal. Maybe so, I don’t know. I guess it’s true, if everyone is saying it, I mean, I suppose it’s true. All I know is the Dutch paid, what, 60 guilders for Manhattan? I could have gotten it for 30 with Staten Island thrown in.”

[Laughter and chants of MAGA! MAGA!]

A mosaic of world countries retaining their correct size and shape

“Now there is one deal I feel bad about. Alaska. Folks, I hate to say it, but we kind of stole it from the Russians. They needed our dollars back in 1867 so we got a lot of land for what – two cents on the acre. That’s not a deal my friends, that’s robbery. Now you know I’m a good guy, a great guy – [wild cheers] – and frankly that deal troubles me. It does. So today, I called my friend Vladimir Putin and said, ‘Vlad, you can have it back. You can have Alaska back.’”

[Cheers and chants of “No collusion, no obstruction!”]

“But I’ll tell you something. Crooked Hillary –”

“But does the fake news report on this? No. All they say is Trump wants Greenland for its coal. Well, I say to you tonight, ‘Coal is not a four-letter word!'”

“And the fake news – they never stop. They say Trump hates the environment. Maybe they should look at my golf courses, the most beautiful courses in the world. I’m probably the biggest environmentalist ever. What did Obama do for Greenland’s penguins? Nothing! I’m going to change all that. I’m going to make sure that nothing happens to so much as one penguin in Greenland. Not one. No one loves the environment like Trump!”

[Cheers and chants of “Penguins! Penguins!]

‘Most beautiful girl in the world’ Thylane Blondeau, 18, dons a bikini as she and boyfriend Milane Meritte frolic on the shores of Greenland

3 thoughts on “Lunatics: We Want the Moon and Greenland”