Skip to content
O Society Beliefs, Cognitive Bias, Psychology, culture wars, to quote or not to quote?, Trumpets: Why do they follow Trump?, What the Hell is Wrong With Donald Trump? October 15, 2019October 16, 2019 1 Minute

Editor’s note: Just when you thought it couldn’t get any weirder… it just suddenly does.

Trump intentionally says many outrageous things, but crying out for his own impeachment?

Trump sends out a remark pointing to some economic numbers in a tone which suggests he doesn’t feel appreciated for all the fine work he does for all of us. Poor guy.

The last three words of his remark — “Impeach the Pres.” — apparently seem to contradict the preceding VOWEL MOVEMENT IN ALL CAPS, as well as, you know… the call for his own head thing. And what a head it is, ladies and gentlemen. Step right up! 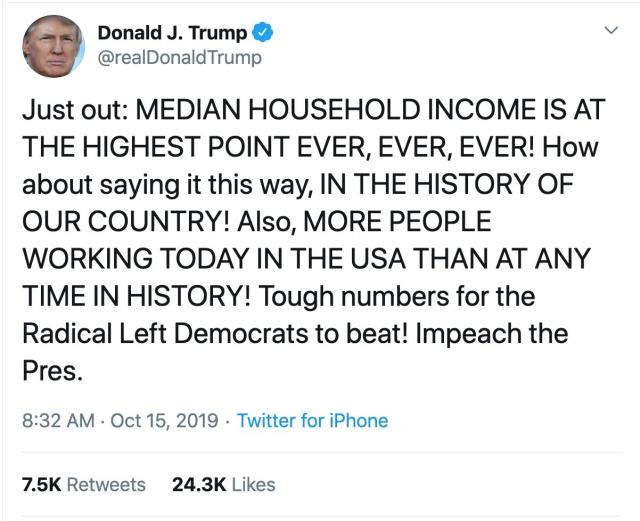 I guess it’s possible Trump might be trying to make a case our current economic numbers make it tough for his political opponents to impeach him… and he simply forgot to connect “Impeach the Pres.” with the previous sentence, “Tough numbers for the Radical Left Democrats to beat!”